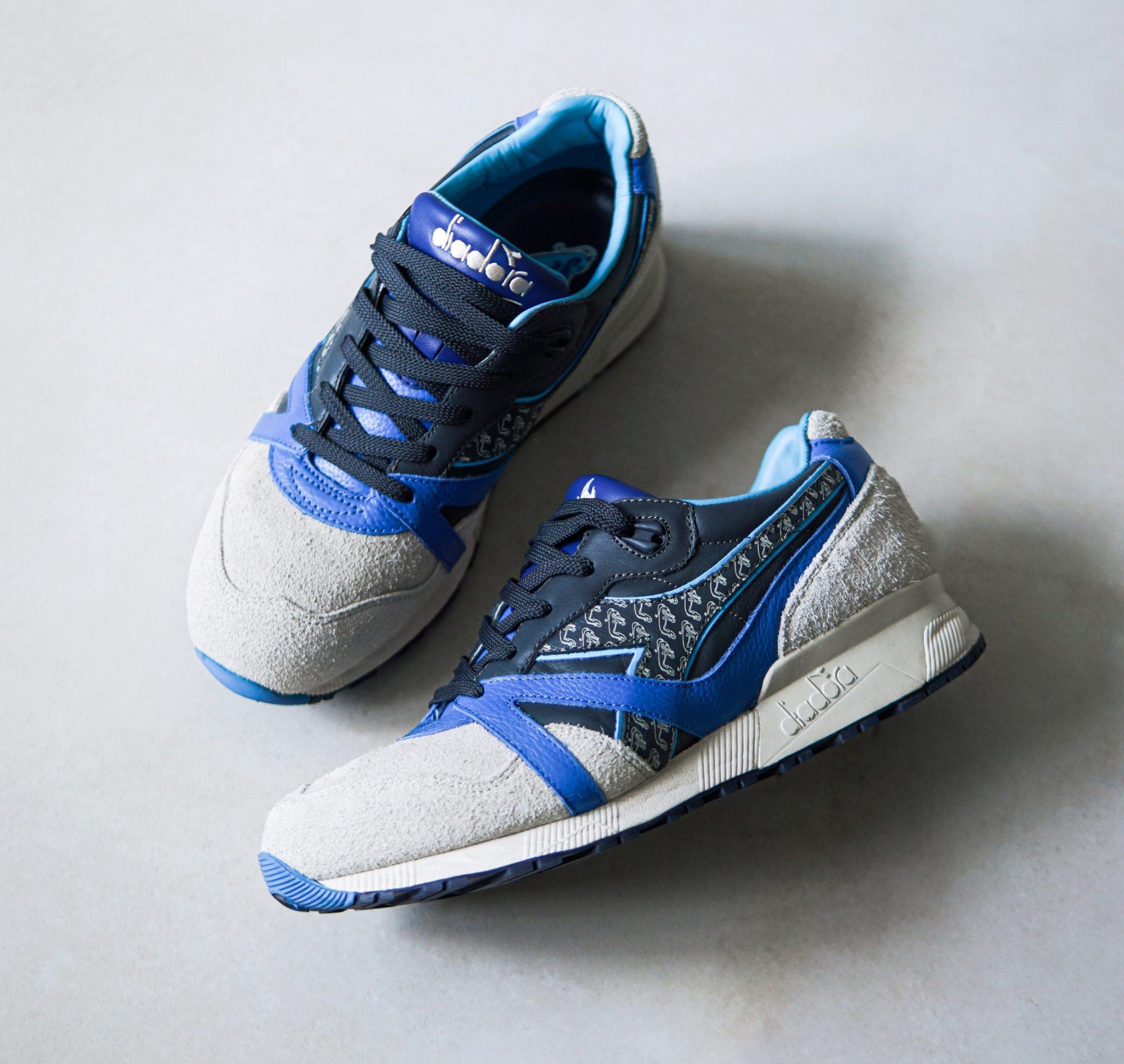 One of Scotland’s best-known sneaker boutiques, Hanon has released yet another breathtaking collaboration with their longtime collaborators Diadora. This time, they revisit the familiar silhouette of the N9000. Previously, the Scottish team had already interpreted the fan favorite via the Saturday Special and Transit 2. This time around, the theme is worlds apart from their previous collaborations. Rather than continuing their exploration of famed trains, they chose to delve into Hanon’s local heritage: On this occasion, Hanon and Diadora celebrate the N9000’s 30th anniversary and their mutual 7-year long relationship through a colorway that harks back to Caledonia’s early history and the Picts in particular.

The Picts were an ancient Celtic tribe that was among the first to settle in the Scottish region. Known for their prowess in battles, they entered Roman historical accounts as fierce warriors that fought in the nude and had blue tattoos all over their body. The N9000’s deep blue upper thus reflects these body paintings. Additionally, the back heel features an embossing of a mythical Caledonian creature, while the Diadora logo on the side panel is overlaid with a monogram. The colour combination of blue, beige and blue-grey blends harmoniously with the turquoise leather liner, giving it a whole new level of freshness. Moreover, instead of using a white midsole, Hanon decided to use an off-white/ beige midsole to match the hairy suede on the toe box.

Talking about materials, one of the most noticeable features is the use of said suede. Although it is common nowadays for boutiques to use softer short-haired suede to achieve a premium look, the “Pictish Warrior” emulates the aforementioned mythical creature via long-haired suede. Beyond that, premium leather is used to construct the rest of the shoe.

Fans of Hanon may know that they have previously always remained consistent when it came to logo placement, with their own being placed undisturbed on the tongue and heel of the right shoe. On the “Pictish Warrior”, however, the “Pictish Beast” is embroidered onto the left shoe rather than the Diadora logo one would normally expect. Nothing groundbreaking, but a nice little touch that adds to the overall feeling of the shoes.

Comfort-wise the shoes are as tough as their name might suggest. Whereas the N9000 is known as a sturdy yet comfortable model, a little “breaking in” will be needed this time around. This is because the premium leather will only soften with use, while the suede out of which the toebox is constructed is also stiffer than the usual mesh. Finally, due to the use of leather lining, it is recommended to go half-size down from your TTS.

Overall a fantastic collaboration, the “Pictish Warrior” will be releasing worldwide next week following Hanon’s own limited launch. With quantities being extremely limited per store (12 to 24 pairs), don’t miss out on your chance to tame the Pictish Warrior yourself!