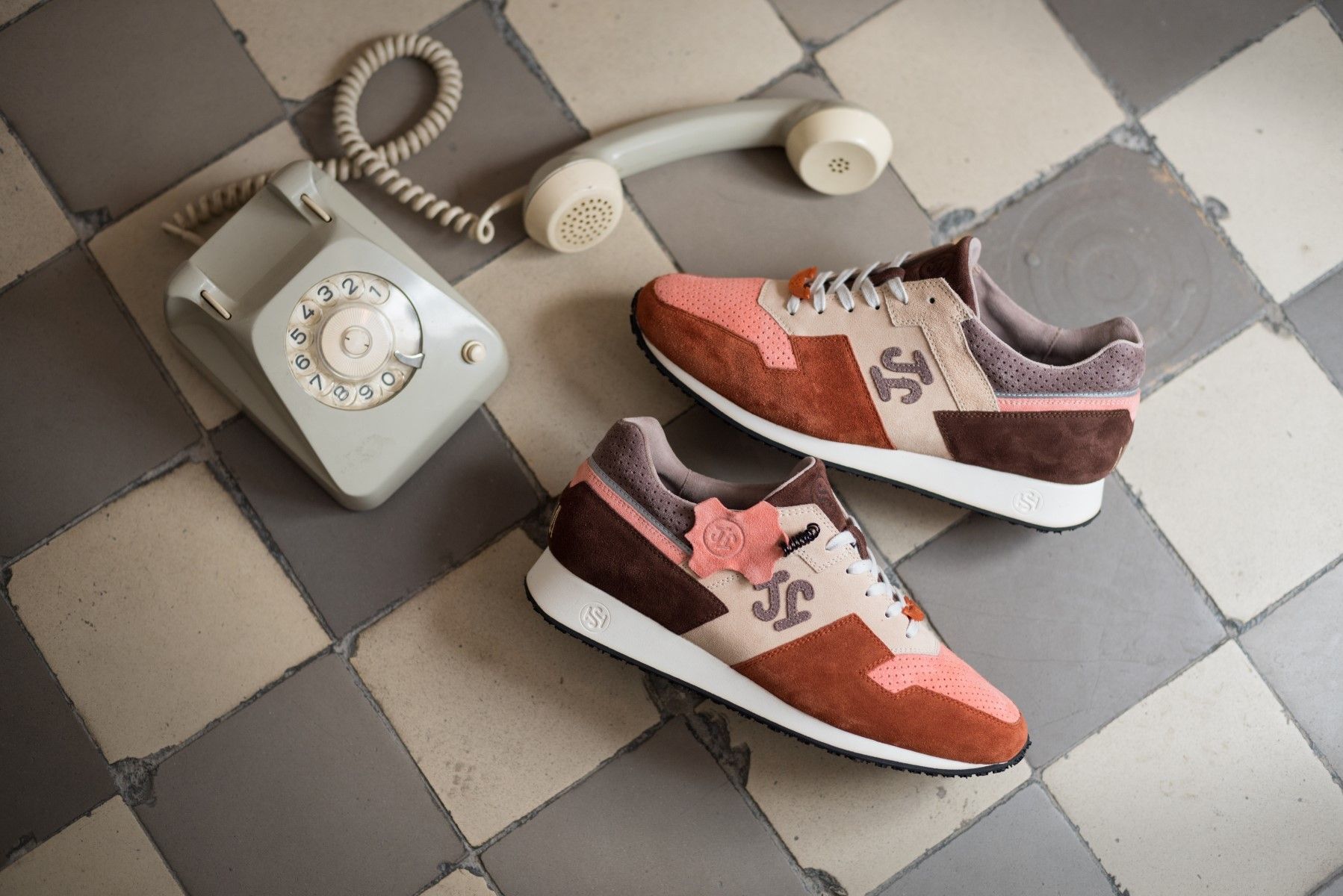 Finally the time has come! After a felt eternity of complicity we may announce the good news to you: Hikmet Sugoer has teamed up with “The 6th Floor” and together the detail-loving, well-thought-out proto “+431” was created.

A tribute to Vienna. To the lovely, grim and decadent Vienna of the 80s. Vienna Baby!

But from the start:
They got together for the first time in summer 2017 in Berlin, a short time later the first sample was finished. But at that time they were still working on a completely different concept: the “Silberpfeil” (Silver Arrow).

Originally planned as a project with Le Coq Sportif on the R900 for 2015, the “Silberpfeil” was cancelled a few months before its release. However, the idea to dedicate a shoe to the Vienna subway remained and “The 6th Floor” decided to implement the concept with SONRA.

The existing material possibilities limited the implementation a little, but in our opinion a small banger came out. The reactions to a photo posted by Hikmet were divided, but more and more people liked the “Silver Arrow”. At the beginning of 2018, the news from a BVG Kollabo made the rounds: Jung von Matt, Overkill and Adidas teamed up with the Berlin public transport companies and created the EQT 93/Berlin including an annual ticket on the tongue label in a extremely smart way. This was the final death blow for the Viennese project.

This disappointment was short and painful, but afterwards one thing above all: motivating.

In the same week they sat down again in Berlin and laid the foundation stone for the proto “+431” which is now being released.

The name is a humorous allusion to the perceived insignificance of the city when it comes to trends and fashion. The Viennese prefix as exclamation and sign of life; even if nobody wants to hear it – we always try to make ourselves heard! “+431” is calling…

The “shoe-phone” pose, popular among sneakerheads, was the last piece of the puzzle and a killer argument for the concept.

The unusual colourway is based on an unspecified Viennese artistic and cultural heritage. In the course of the project, however, the colourway has developed a life of its own that has made the original inspiration unimportant. It is much nicer to see the different interpretations: from the Viennese melange to punch doughnuts to the cheese kransky and beyond. The colourway seems to pick up a lot of people and offers them a projection surface.

All suede everything:
The white flatlaces are decorated with dubraes in the shape of the old telephone box symbol and the project name. The perforated toebox in Coral is surrounded by a rust-red mudguard, the saddle in bright Vachetta Tan contrasts with the fiery front. The heel and tongue are in espresso brown, the perforated collar in lilac, with the obligatory 3M stripe and a coral underlay in between. The numbered leather Hangtag is dangling from a spiral cable – another reference to the telephone theme.

As always, the finest, butter-soft calfskin was used – and for the first time exclusively suede! Even the lining is completely made of suede leather and perfectly completes the colour blocking with a light lilac.

The insole – for the first time no leather – consists of a textile with a honeycomb structure and shreds in strong turquoise. The picture shows the partner logos as well as part of the floor plan of the Vienna Central Cemetery: A cross reference to the famous Helmut Qualtinger quote “In Vienna you have to die before you can live high…”.

Our friends from Atelier Kamp had the creative direction during the whole project and didn’t miss the chance to design the boxes. 100 boxes were turned into telephone boxes by hand in many steps – including a viewing window. The Viennese Streetwear Enfants Terribles from GKBS contributed exclusive “+431” socks and the German Egotrips Studio added an A4 art print and stickers on top. The “+431” instrumental of the acclaimed indie label HECTOR MACELLO, already played in the not too serious – and therefore great – teaser video “+431”, is available for download in the form of a QR code and should deliver the perfect soundtrack for the first unpacking and trying on of the darlings.

We haven’t been able to find so much love for detail and for the product for a long time and it makes the project even more special around a corner.

The bottom line is:
Even after the SONRA “+431”, Vienna will not be a key city. “Activations” in Vienna? Waste of resources! Also in the future there won’t be no quantities of the next hype releases for the “unimportant” Vienna (almost)

But Vienna will have shown what you can do with love for the game, passion and good friends.

We are certainly not the most objective critics of this release, but if you ask us: The SONRA proto “+431” will be an instant classic – even outside the Danube metropolis.

Good luck to everyone who tries it!